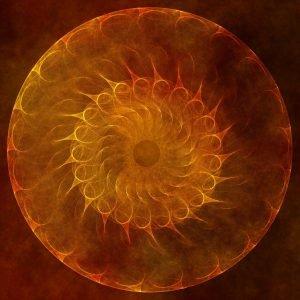 Astrology is the cosmic map over the place and time of birth. The soul takes its first breath when the planets around the earth are arranged in a perfect alignment or scattering to give the new soul in coming into life everything that it requires for its forthcoming life journey.

Each planet brings with it its particular energy. The placement of the planet against the backdrop of constellations is potent with the symbology of the combined energies. For example a planet in a friendly constellation to its energy will have the effect of acting more favourably in the life, body and mind of the person. While a planet in a less friendly constellation to its natural energy will not be able to work in a harmonious manner.

Each of the placements of the planets shows the karma (action) that is due to unfold in cosmic time. Karma is not punishment, it is simply action. So whatever our soul has created by intention, thought and action must return and may be seen through the cosmic karmic map.

Join our newsletter and get FREE 5 Guidelines to Living Well.

Designed By The Web & Design Studio

And get FREE 5 Guidelines to Living Well.